Just the other day I commented to one of my clients that he was looking leaner. I asked him what he was doing and he said that he took my advice by focusing on “getting a six pack”. He had me laughing because the six-pack he was referring to was a six pack of beer. Allow me to explain.

Alcohol is a part of our culture. Of course, not everyone drinks but those that do tend to have a glass or two of wine or beer at dinner, maybe a cocktail of sorts while socializing or just may find it part of their end-of-the-day ritual. Studies show that moderate alcohol consumption can work if monitored properly but sometimes it can get away from a person. Many times when people ar 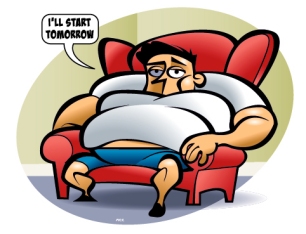 e struggling with losing weight, the first thing I ask them is how much alcohol they consume on a weekly basis. The extra cals from cocktails can add up and I see people gain pounds right away if they don’t moderate their intake. Obviously. it then holds true that when folks cut back on their alcohol consumption they tend to lose weight – quickly. This one particular client admittedly had become a bit too liberal with his beer intake and consequently, put on a few unnecessary pounds. I told him he needed to make modifications and gave him a six-pack limit. He was allowed a six-pack of beer a week and once he’s out he’s out until the next week so he can feel free to have a couple one night but knows that there will be a couple days when he has no beer and maybe by cutting back on his beer he may eventually get that real six-pack he so desires.